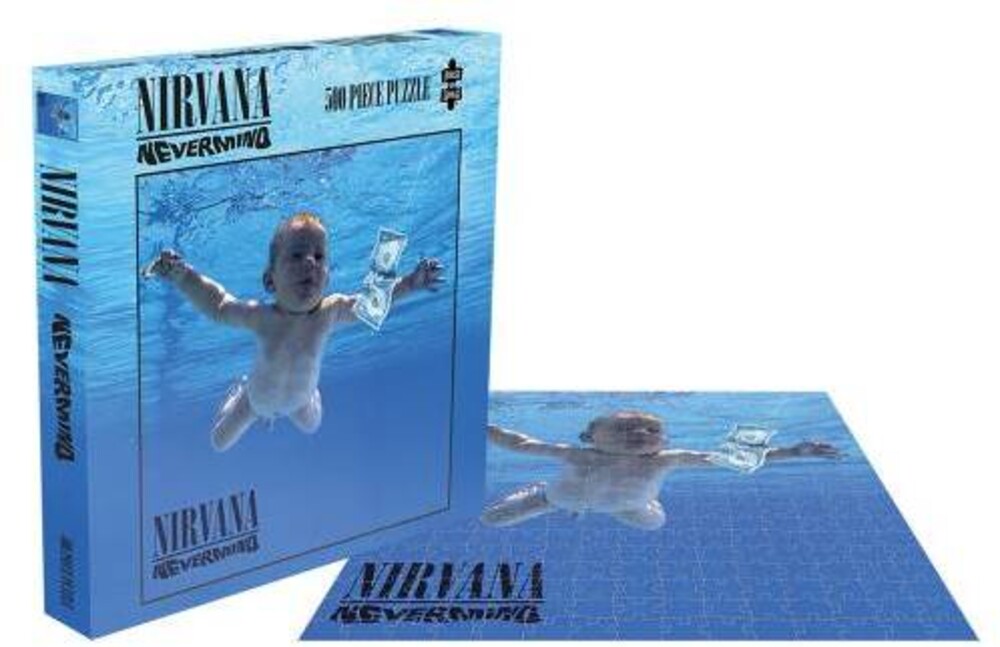 "Nevermind" is the second studio album by American rock band Nirvana, released on September 24, 1991, by Geffen/DGC Records. Produced by Butch Vig, it was the band's first release to feature drummer Dave Grohl. The album cover is recognized as one of the most famous in popular music. It has sold over 30 million copies worldwide, making it one of the best-selling albums of all time. In March 1999, it was certified Diamond by the Recording Industry Association of America (RIAA). Among the most acclaimed albums in the history of music and the most acclaimed album of the 1990s, it was responsible, in part, for bringing both grunge and alternative rock music to a mainstream audience. The Library of Congress added the album to the National Recording Registry, which collects "culturally, historically or aesthetically important" sound recordings, and "Smells Like Teen Spirit" was inducted into the Grammy Hall of Fame. Now, Rock Saws brings you the album artwork as a 500 piece jigsaw puzzle, printed on high quality board. 500 pieces, Weight: 490g, Jigsaw size: 39cm x 39cm, Box size: 30. 9cm x 30. 9cm x 2. 8cm