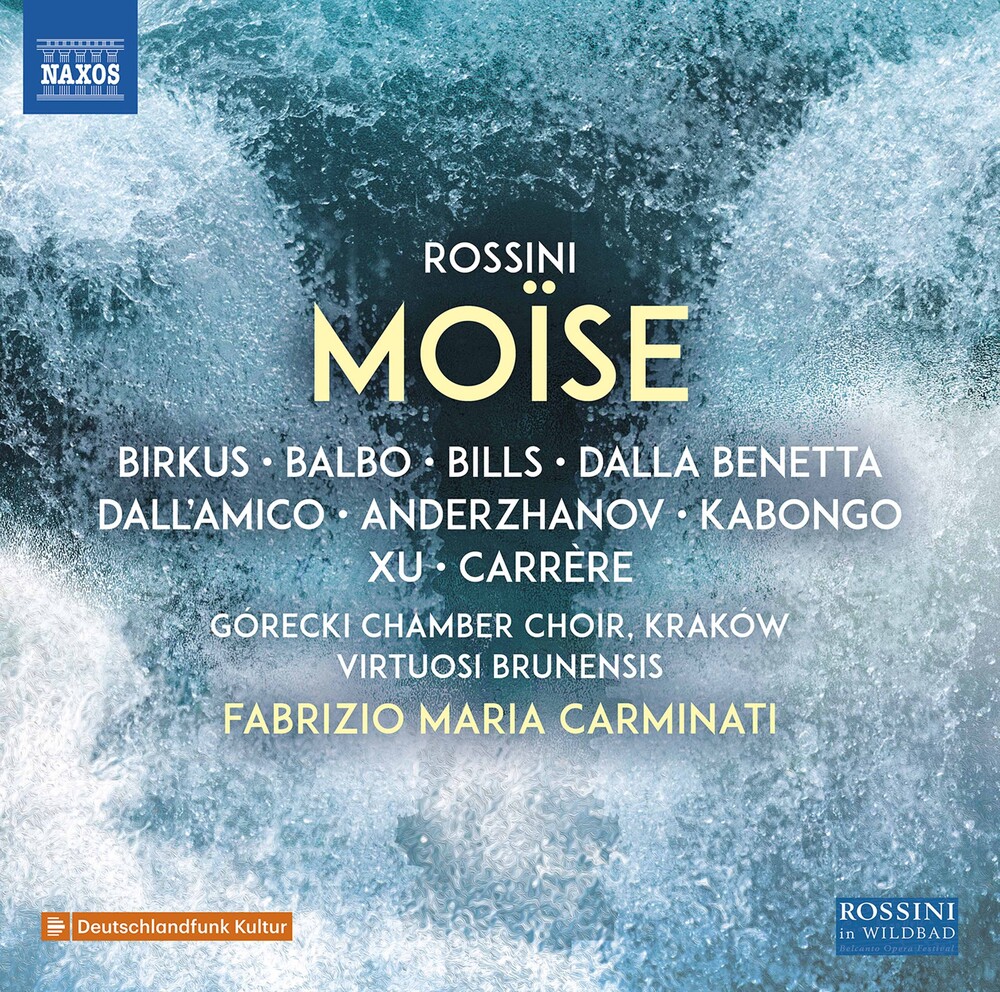 Following the French theatre tradition for spectacular biblical dramas during Lent, Rossini's Moise was an incredible success at it's Parisian premiere in 1827, and the opera is presented here in it's complete form. Alongside power struggles and miracles, there develops a love story between Pharaoh's son Amenophis and the Israelite Anai, though the main narrative is that of the Exodus from Egypt: Rossini's riveting score with it's spellbinding finales culminates in the parting of the waves of the Red Sea. In this single work, Rossini laid the foundations of grand opera, and it is widely considered to be among his greatest achievements.