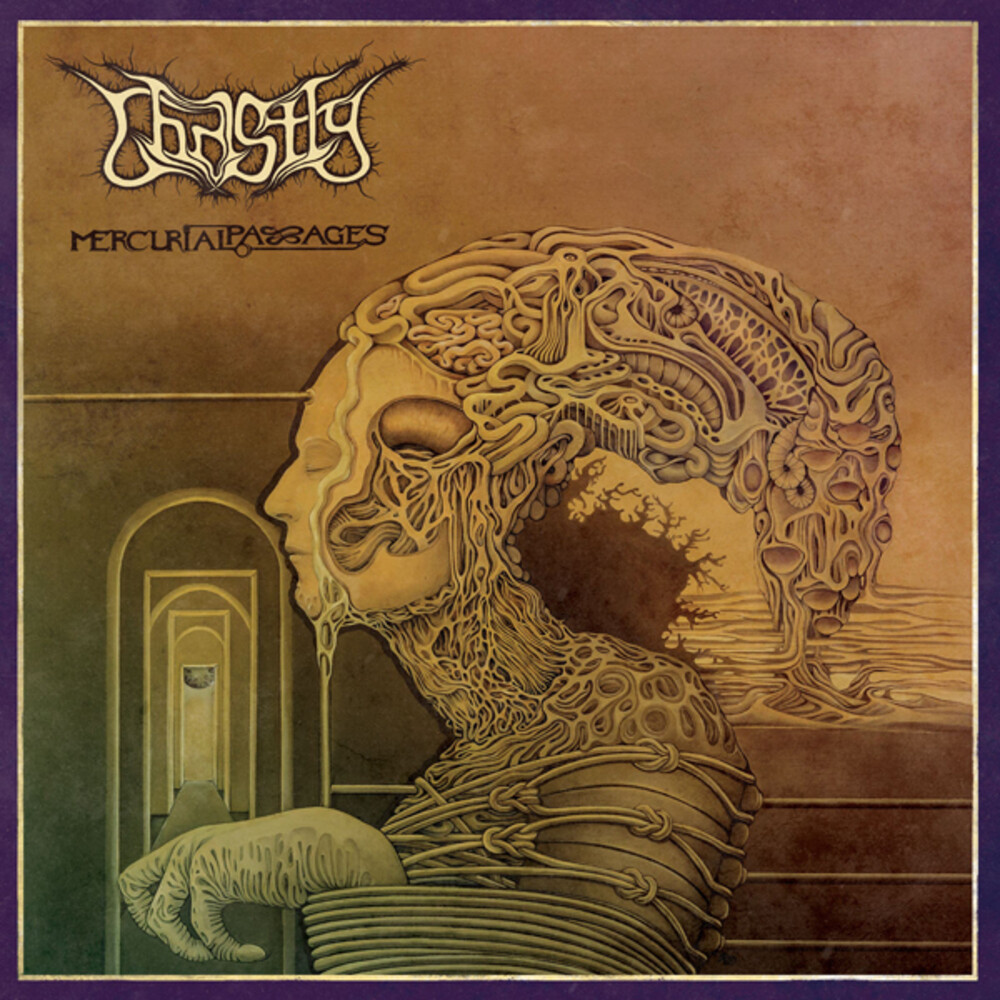 Ghastly return anew from the limitless wellspring of incomprehensible obscurity and dark inspiration that is Finland with it's third album of mind-altering nightmare visions, Mercurial Passages. All the elements that made Death Velour a rarified jewel return in full splendor on Mercurial Passages. The memorably eerie slow burn build ups, the frantically vivid outbursts of speed and dramatic trance-inducing doom fragments that together create a hypnotic psychedelia akin to being lost in infinite labyrinthine corridors, perpetually folding in on themselves. This is death metal for altered states of consciousness and mystifying wonder, rather than corporeal rot and earthbound materialism.The album is once again graced with hauntingly cerebral artwork from Riikka Pesonen whose visual elegance provides the perfect accompaniment to Ghastly's sinister eccentricity. An album to be consumed as a contemplative whole, Mercurial Passages burrows into the deep recesses of the psyche exposing the dark subconscious to the edges of madness.