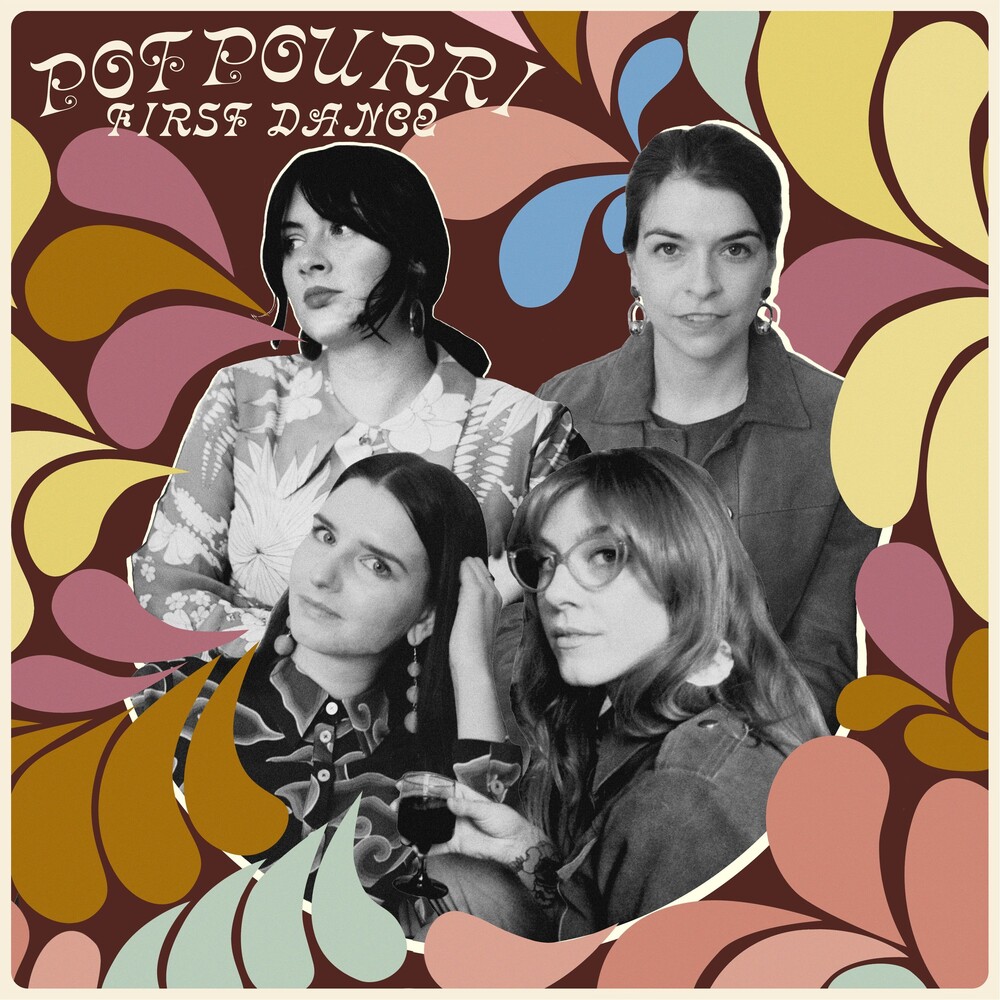 Just a year after picking up instruments and forming Sheffield band Potpourri are releasing their debut album, 'First Dance'. Potpourri formed in Summer 2019 to play a gig at the inaugural Bingo Fest, and have been cultivating their off-kilter brand of pop since - incorporating the Broadcast-esque electronic sounds, motorik rhythms and chanteuse-style vocal harmonies. Potpourri's first single 'Eisenhower' was released on Christmas Day in 2019, and quickly secured the band regular radio airplay and a live session for Marc Riley's BBC 6 Music show was scheduled for April 2020. The pandemic saw that that was delayed until 2021, however the band instead made use of the lockdown to write second single 'Dearly Departed' and make it's accompanying video. This too became a regular feature on 6 Music, and sparked the creative streak necessary to finish the album. 'First Dance' was engineered and mastered by Bingo Records label mate Zac Barfoot, who releases music as Sun Drift and plays in Mr Ben & the Bens with Lauren Paige Dowling. Limited pressing of 250 copies on cream vinyl in a sleeve designed by the band and a zine made by drummer Alanna and Bingo Records' Lloyd.