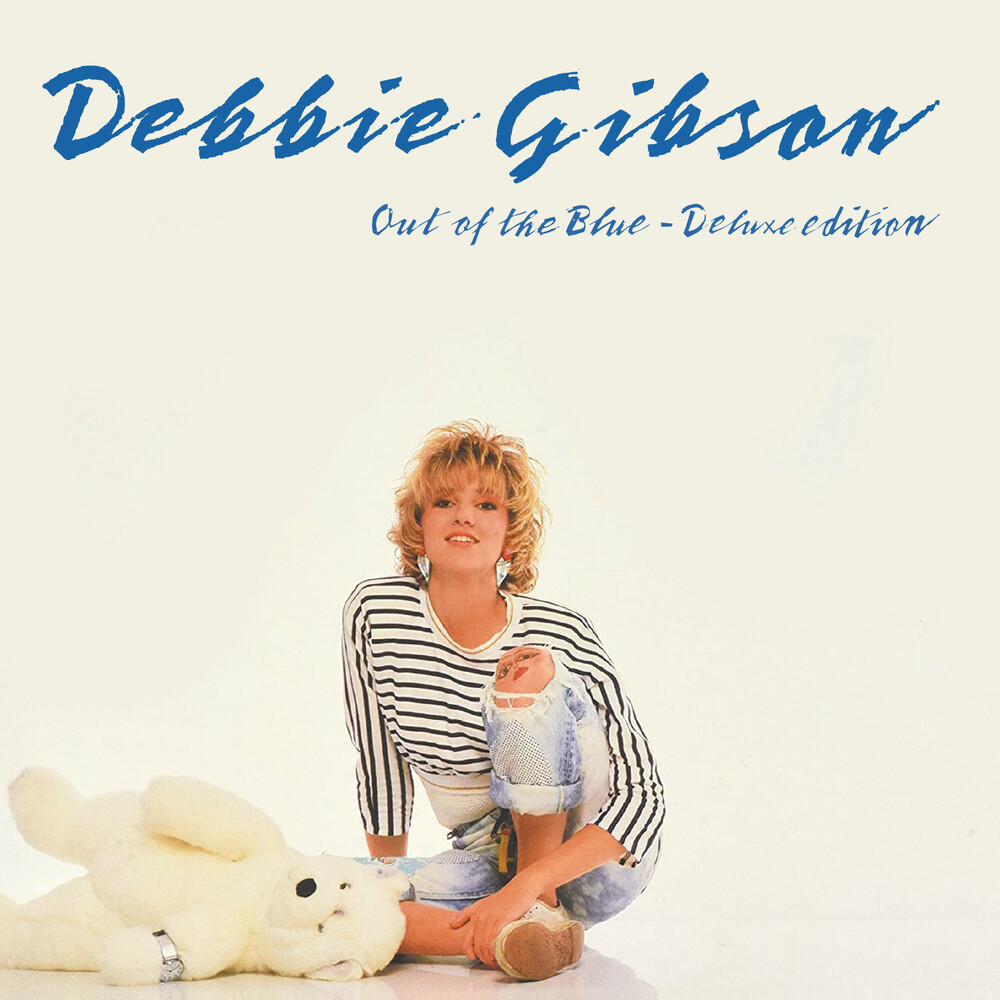 Extensive three CD re-issue of Debbie Gibson's big selling Atlantic Records' debut album from 1987. Featuring the hit singles 'Only In My Dreams', 'Shake Your Love', 'Out Of The Blue', 'Foolish Beat' and 'Staying Together' plus the videos to all five singles. With a 2021 introduction written by Debbie, and many mixes, new-to-CD, from the original master tapes. Including 'Out Of The Blue: Live In Concert' plus bonus Up Close And Personal interview special on the DVD. Cherry Red are delighted to announce the first in a series of Debbie Gibson reissues. Signed to Atlantic Records at 16, Debbie became a teen sensation in 1987. Thanks to a string of international pop hits, the singer-songwriter rapidly became a household name around the globe. Within the space of 12 months, Debbie had scored US Top Ten singles with 'Only In My Dreams' (US #4, UK #11), 'Shake Your Love' (US #4, UK #7), 'Out Of The Blue' (US #3, UK #19) and 'Foolish Beat' (US #1, UK #9), all taken from the 'Out Of The Blue' album, which would ultimately sell over five million copies worldwide, earning a Gold record in the UK. After completing a sell-out tour of the USA, the singer enjoyed further chart success with her albums 'Electric Youth', 'Anything Is Possible' and 'Body, Mind, Soul' before joining the West End production of Grease, playing Sandy. Further albums and a successful film and TV career followed. Her debut smash, 'Out Of The Blue', is released this autumn as a deluxe edition on Cherry Pop, encompassing 3 CDs and a DVD (Region 0 NTSC).
This website uses cookies to personalize content and analyse traffic in order to offer you a better experience.
I accept Learn More
back to top