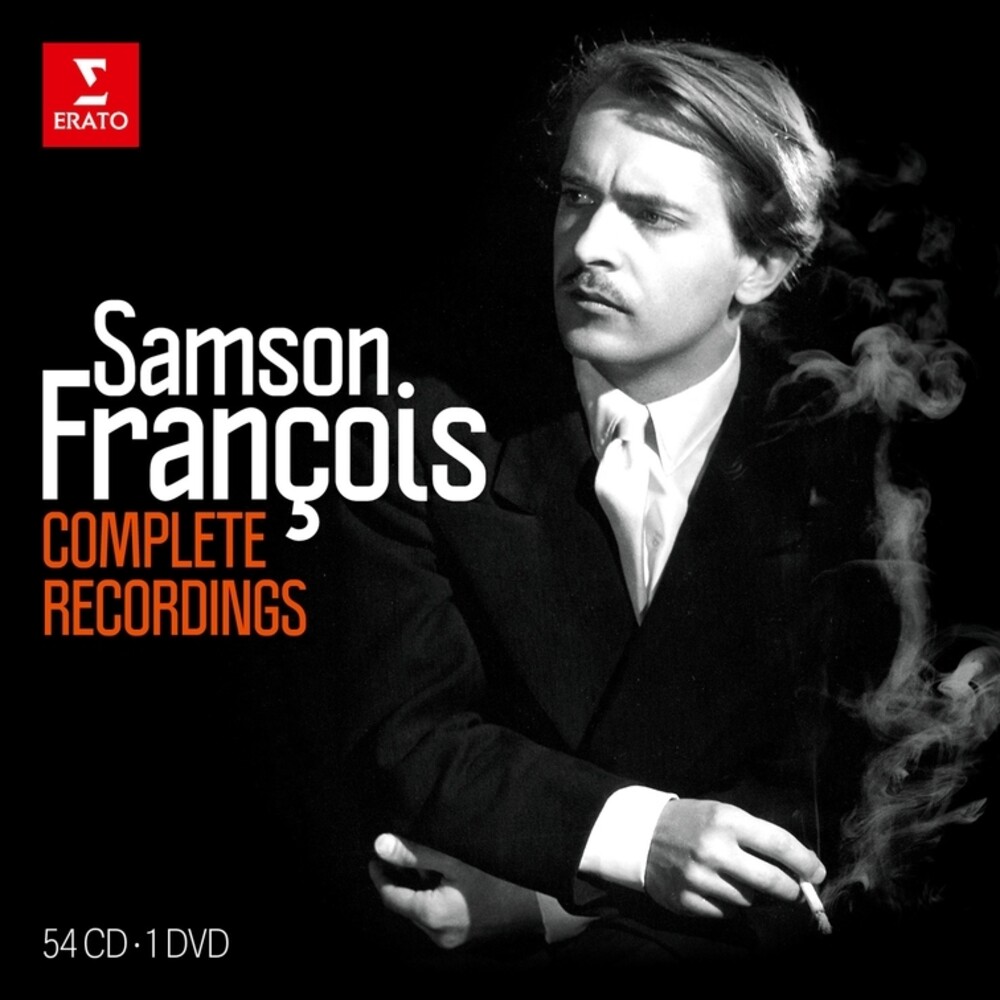 Limited box containing 54 CDs plus DVD. Samson François was a true poet of the piano. A brilliant, inspired pianist especially identified with the music of Chopin, Debussy and Ravel, he played with both the proverbial clarity of the French school and a visceral immediacy and spontaneity. Charismatic, sometimes provocative, and numbering jazz among his passions, he achieved celebrity status - notably in France and Japan. The works of Chopin are prominent in this collection - melodic contours were always a priority for François - but the complete list of composers is richly diverse. Three major new bonuses are the long-awaited world premiere release of François' penultimate live recital, recorded at the Nohant Festival in France in June 1970, just four months before his death at the age of 46; a recital recorded in Tokyo in 1969, and a DVD documentary, written by his son, Maximilien François. This new edition places all recordings in the context of their original couplings and the CD wallets carry the original artwork.