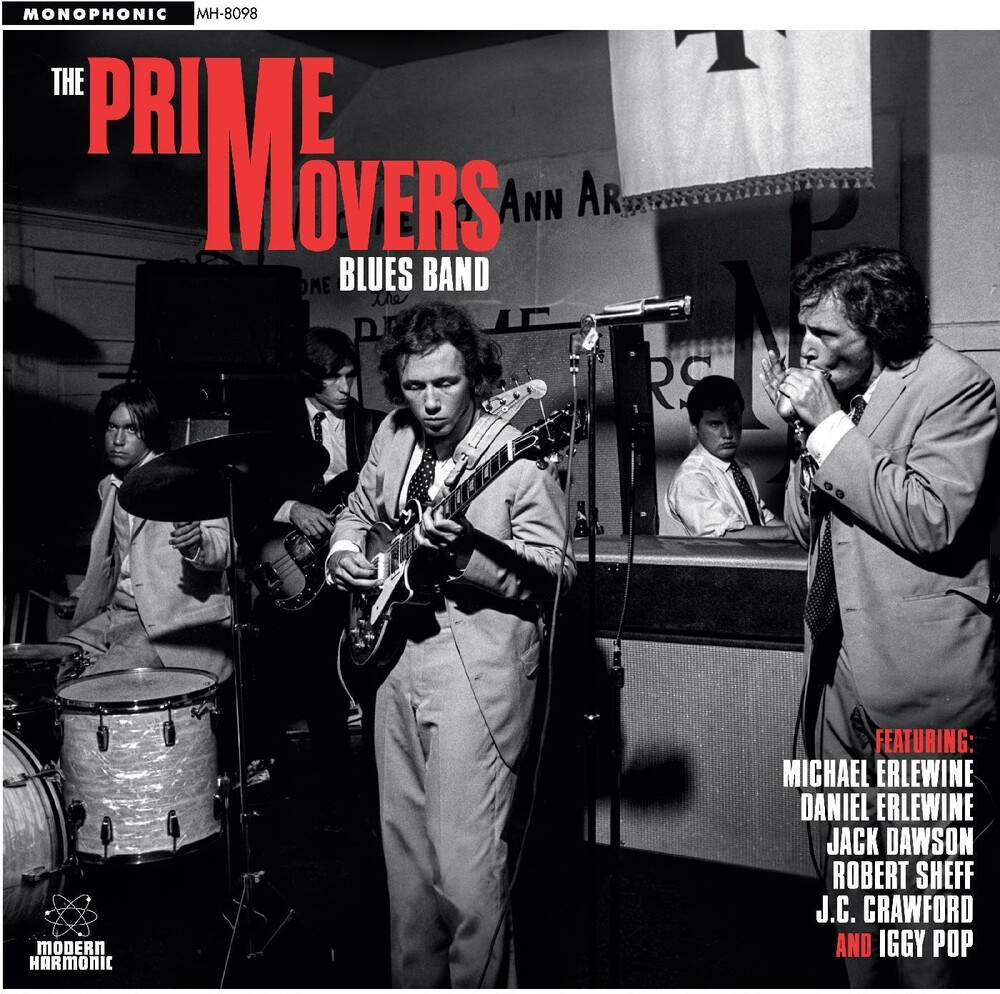 Formed in the summer of 1965 by brothers Michael and Dan Erlewine, The Prime Movers Blues Band's dedication was the stuff of legend. Refusing to adopt a faux British Invasion look and turning down an offer from Motown, they played their style of Chicago-inspired blues relentlessly around the Detroit area. Featuring the "raw power" of a young James Osterberg on drums (who also lends vocals on their sizzling styling of "I'm A Man"), this first-ever collection of The Prime Movers Blues Band's recordings includes liner notes from bandleader Michael Erlewine! Before James Osterberg was Iggy Pop, before Robert Sheff went by "Blue" Gene Tyranny, and before J.C. Crawford whipped crowds of MC5 fans into a frenzy, they all played in the Erlewine brothers' Butterfield Blues Band-influenced outfit, hustling around the Motor City and more. Previously unavailable in any format, Modern Harmonic is proud to present this inaugural offering from The Prime Movers Blues Band on vinyl 2LP fittingly pressed at Third Man in Detroit.