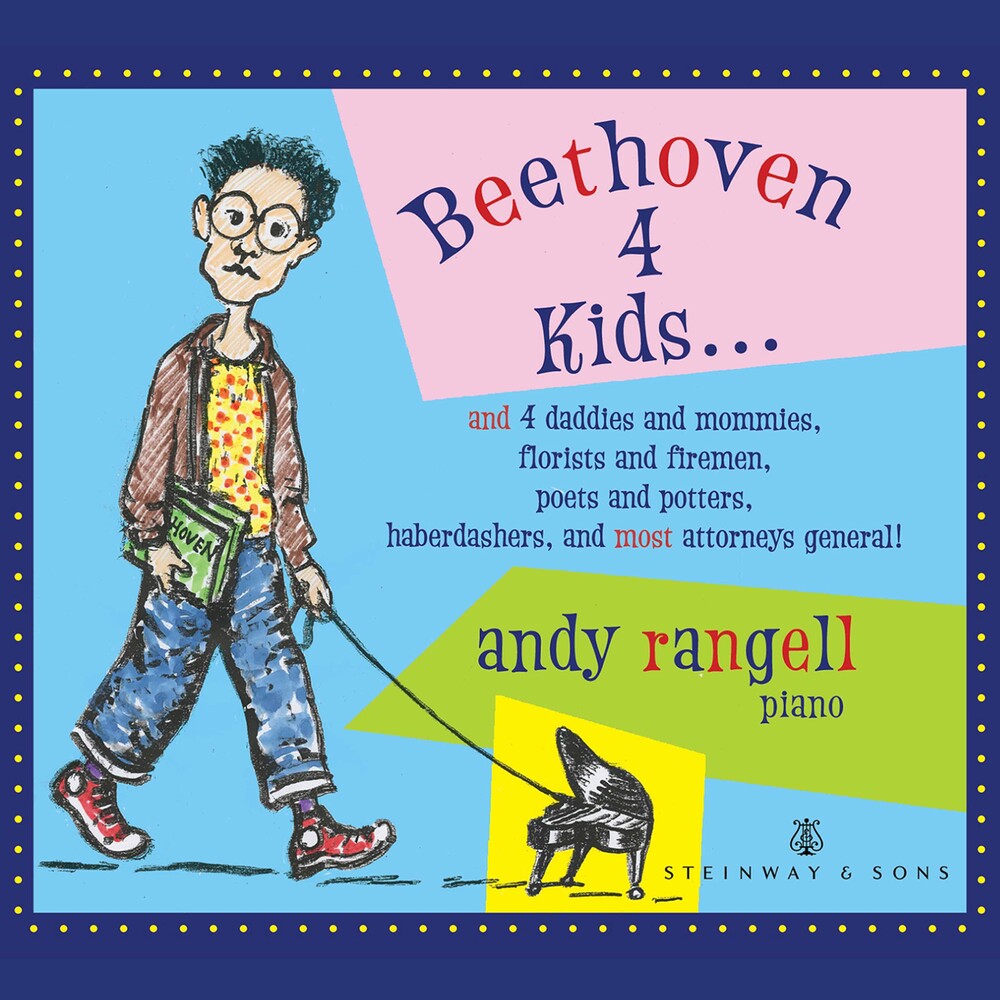 Beethoven 4 Kids, like it's predecessor Bach 4 Kids, is a short program of vivid and varied piano pieces for listeners of all ages. A bonus video, Sammy Snake's Lucky Day, provides a mini introduction to classical piano music, particularly Beethoven's. Andrew Rangell is a much-admired concert pianist and recording artist. His more than 30 albums encompass 4 centuries of keyboard music, from Sweelinck and Gibbons to Schoenberg, Fartein Valen, and Christian Wolff. During the late 1980s Mr. Rangell received much acclaim and an Avery Fisher Career Grant for his vivid traversals of the 32 Beethoven sonatas in New York, Boston, and a host of other cities. His Beethoven recordings include the late sonatas, bagatelles and Diabelli Variations, as well as many earlier sonatas, variations, and seldom-heard pieces.